A needle in a haystack

A needle in a haystack

Certain butterflies for some reason I can't explain have captured my imagination, the Violet copper is one, when I first became aware of this little beauty I hadn't a clue where to look other than France,a rather large country, the Internet was the first port of call, information was sparse, the Pyrenees was suggested, that reduced the odds considerably !!! , fine , so a trip was arranged to the Pyrenees orientales , it must have been one of my Mr Micawber moments , something will turn up, and indeed it did.
We had arrived at a location previously visited in the hopes of again seeing the beautiful Spanish fritillary, regrettably none were seen but I had the good fortune of  making the acquaintance of Mr J Aymar a fellow enthusiast, when asked if he could help with a location for my target L Helle his response was immediate and very helpful, you will need to be lucky he said, I was already lucky having met him.
We continued our journey and made base camp at Llo,
The following day we set out to the location my new friend had described, hours were spent searching damp meadows that offered the right conditions for Helle , by mid afternoon, disappointed I abandoned my efforts, my wife then declared "I am going for my walk",she had been gone little more than ten minutes when I saw her return carrying her hiking stick in a horizontal position, strange behaviour I thought, " is this what your looking for " she asked, I looked at a small butterfly perched on her stick, for a moment I stared in disbelief, it was Helle, a Violet copper no less, I quickly grabbed my camera to record this phenomenon , where did you find it I asked excitedly, oh down the lane there are lots was her smug reply, Helle was carried back to join her friends.
Is this not stranger than fiction ? I ask. 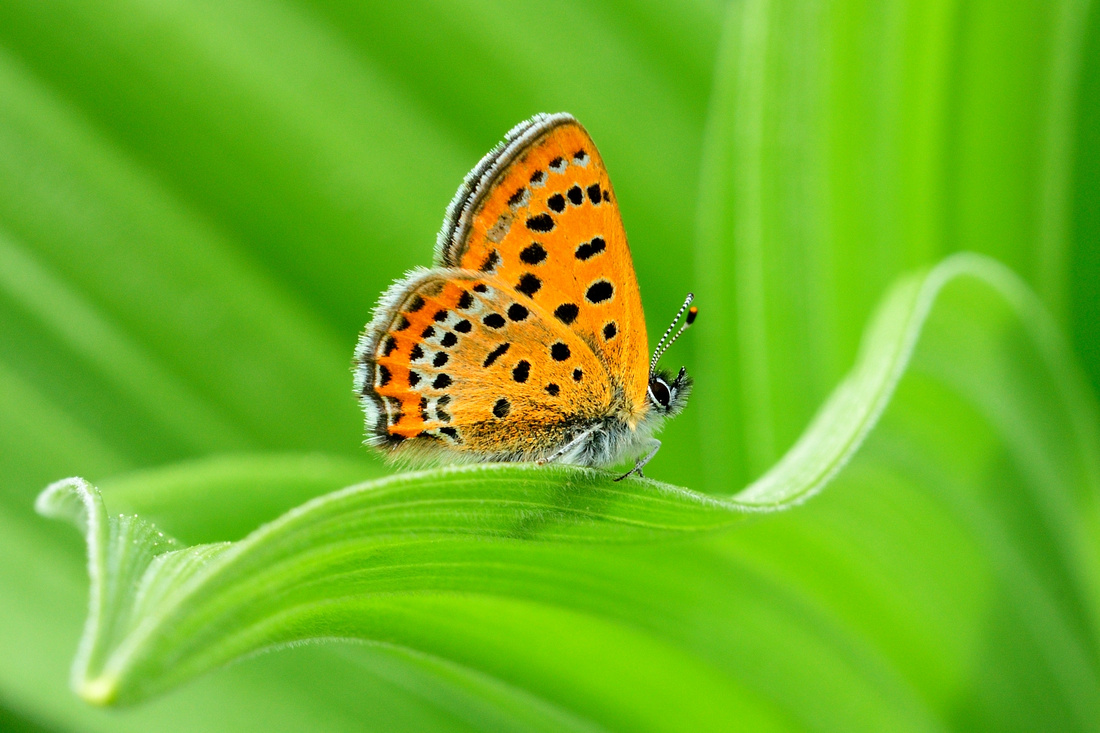 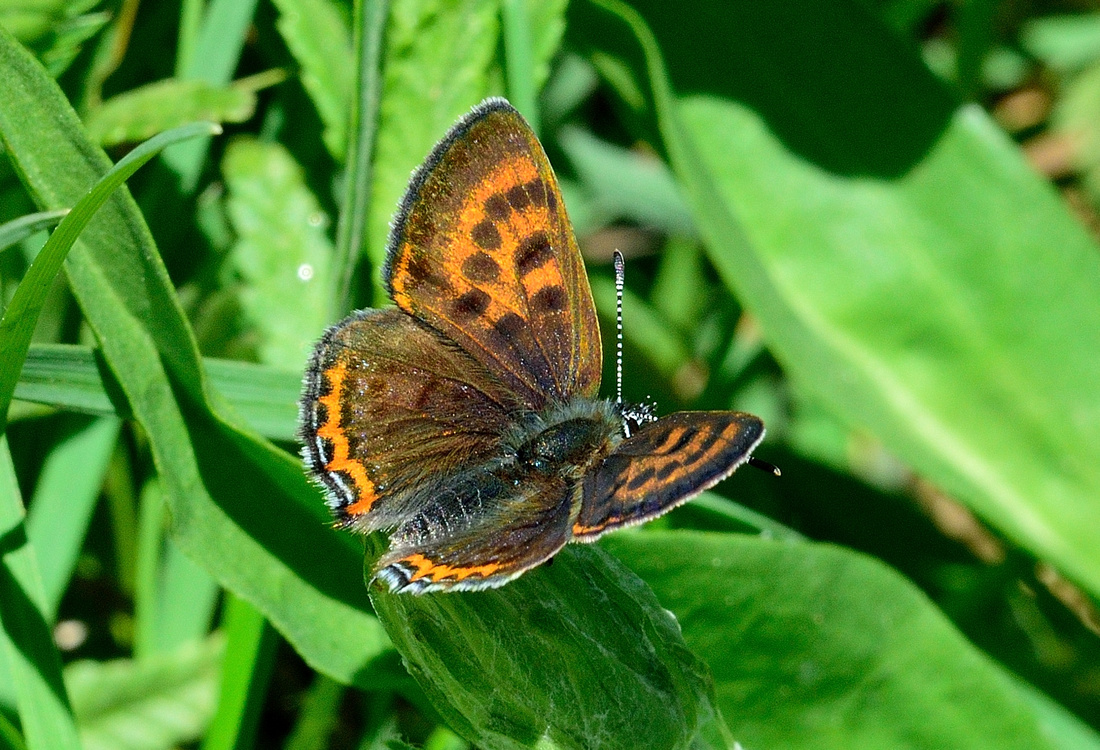 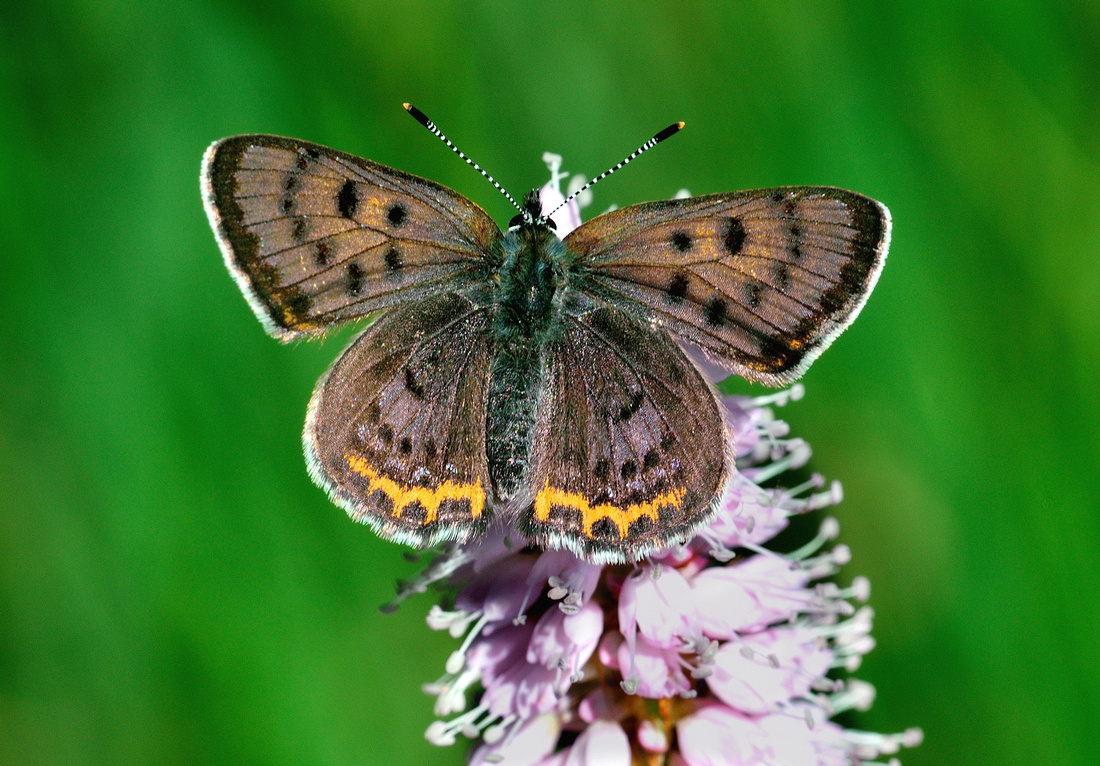