October 06, 2018
September being a good month for the second brood Pashas, plans were made to visit the wilds of Catalonia in the hopes of finding my first Pasha,after a long drive through France we arrived at the ancient little village of Prats-de-Mollo-la -Preste,)
The Cep (Boletus edulis) gatherers were out in force as we passed over the quiet pass of the Coll d'Ares 1513m and into Catalonia,happily, the road was made for pleasant and relaxed driving, by evening we had arrived at our campsite, at this time of the year it was all but deserted, after this long drive a relaxing glass of the local vintage and a toast to success.

The following morning a drive into the rugged mountains looking for Strawberry trees (Arbutus unedo) the host plant, they were easily found, bearing fruit but no Pasha, the rough stony ground quickly caused knee pain, Pasha passion I was soon to discover came at a price, no Pashas but several other species provided interest for my camera, still no Pasha, time for a coffee break, determined to try again back up the rocky hill, and there he was sat in his bush waiting patiently for my arrival, the camera shutter was clicking away merrily when an intruder came along, my new friend was immediately airborne, I wonder if anyone has studied their rate of acceleration, having had my first encounter the chase was on, it didn't take long to find a second Pasha,in a short space of time we became good friends the Pasha adopted me perching on my hand or the camera lens allowing for close examination of this magnificent insect, from time to time it took to the air to protect its airspace always returning to it's favorite bush.
My wife and I enjoyed his company for an hour then said adeu amic and I retreated to the campsite with aching knees and a slight angle sprain, was it worth it, you bet, wouldn't have missed the experience for all the tea in China.
And now for the magnificent Pasha. Charaxes jasius. 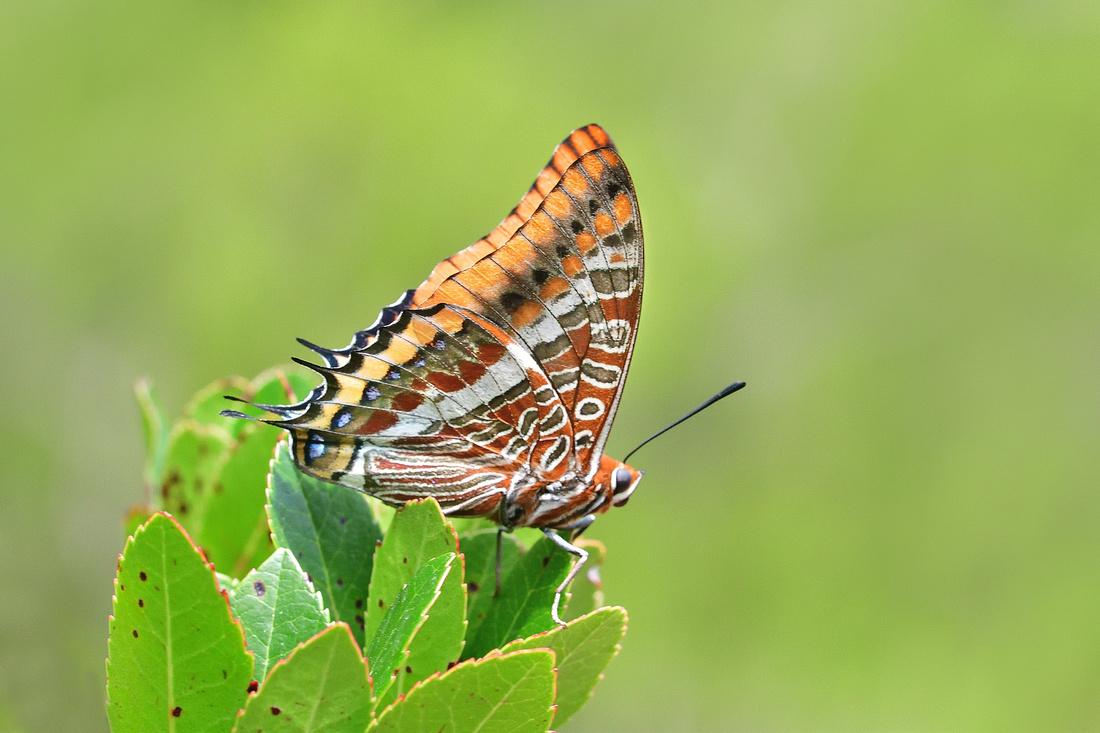 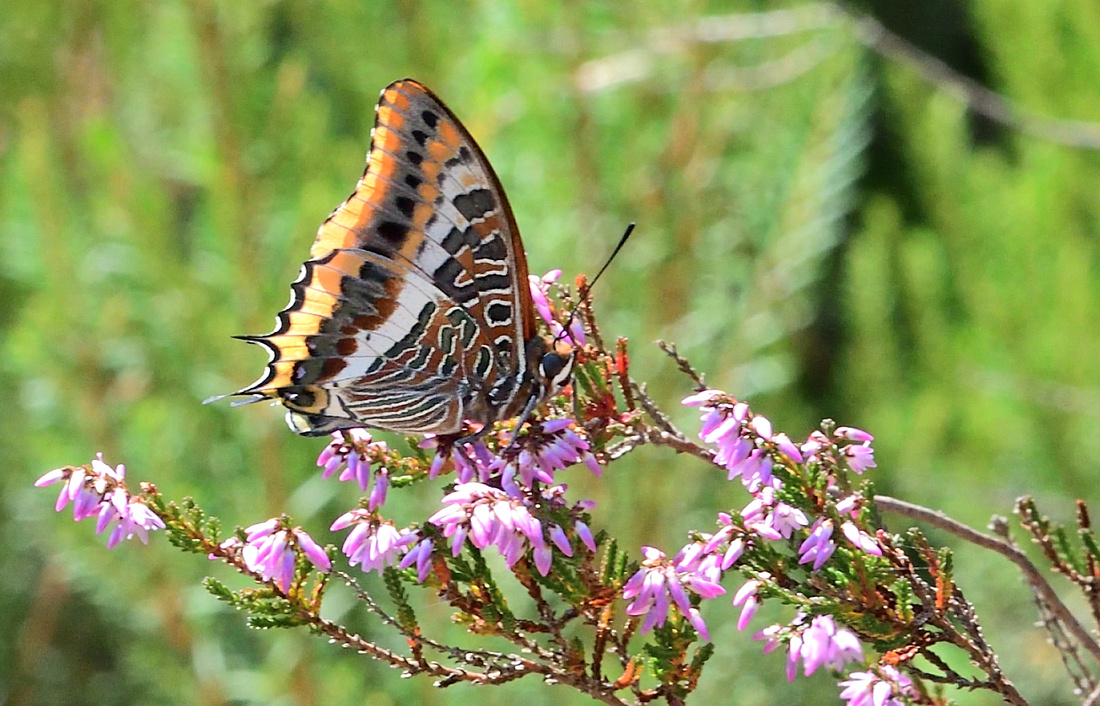