This was to be a visit to look for two species, the spring version of the Map (butterfly) and the  Camberwell Beauty.

The Map is unusual in that it has two annual broods that look very different. The summer Map has black with white markings, looking like a miniature version of the White admiral, the spring version appears more like a Fritillary,  I decided to try my luck and look for this delightful little butterfly in the department of the Loire -Atlantique. 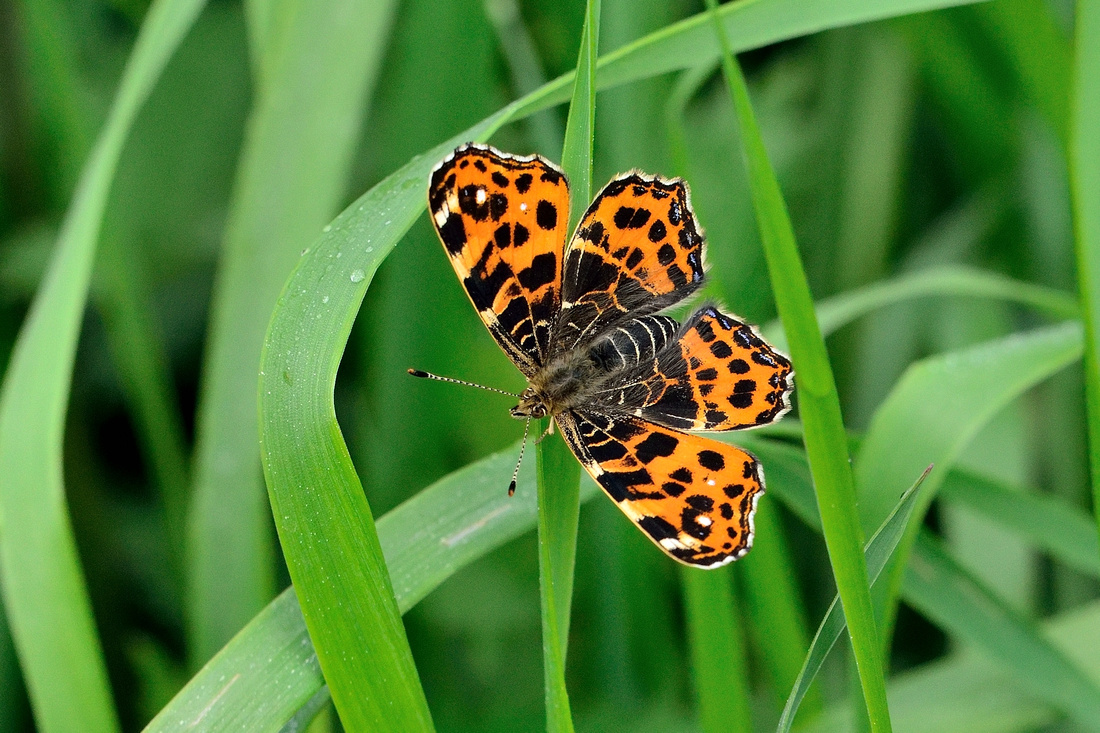 A French lepidopterist friend who lives in the region had given me locations for the Camberwell Beauty ( Nymphalis antiopa),this gave me the chance, with a little luck, to find an over wintering Camberwell ,with high hopes my Wife and I arrived at St Lymphard a small town at the edge of the Marais de brière,  we made St Lympard our base camp.

The following morning a 25 k drive to visit a small reserve that proved to be a very interesting, a mixed environment, ponds, prairies, woodland, and flowery lanes,immediately my first Map was found sunning itself in the early morning sun, several others were quickly spotted, but the sudden arrival of a Large tortoiseshell was the big attraction , my first encounter with this species,it was an exciting start, we returned to St Lymphard for a modest celebration,a glass of the delicious Muscadet-Sèvre et Maine the wine of the district. 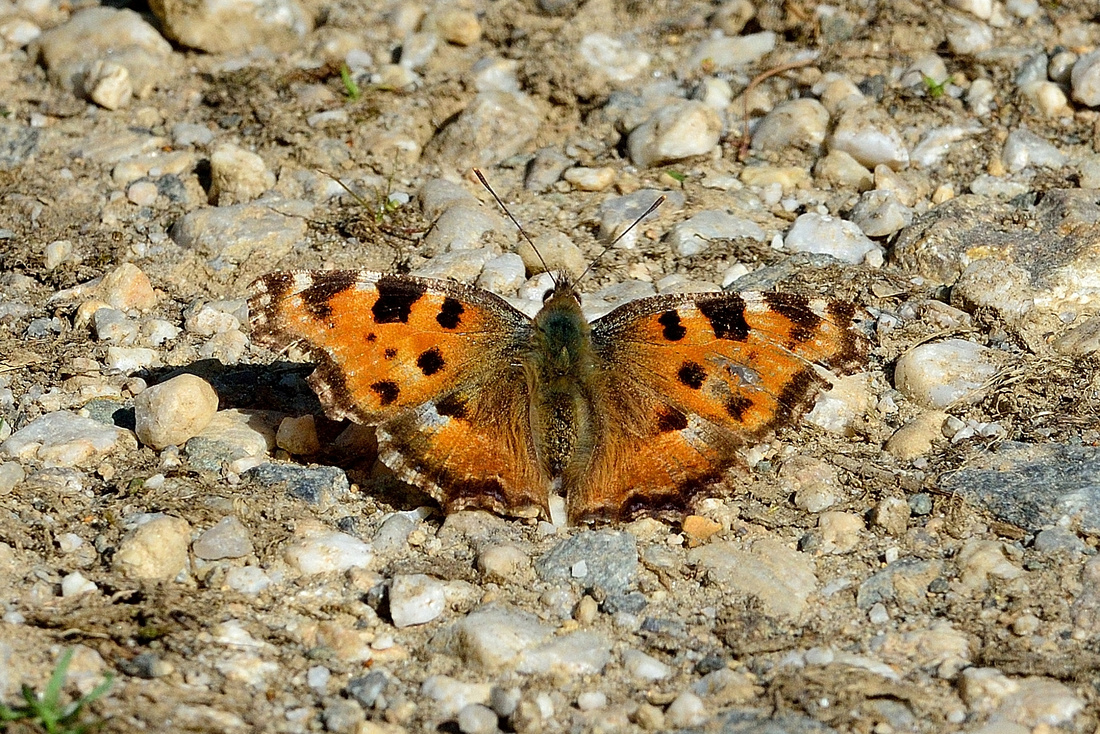 The Weather put a dampener on operations giving time for a little tourism, Breca is situated at the edge of the marais, despite the rain we found it an attractive village of thatched cottages,and waterways,it has a small port for tours on barques,clearly a popular tourist spot, I made a mental note to return in the Autumn, the rain having set in we returned to St Lymphard. 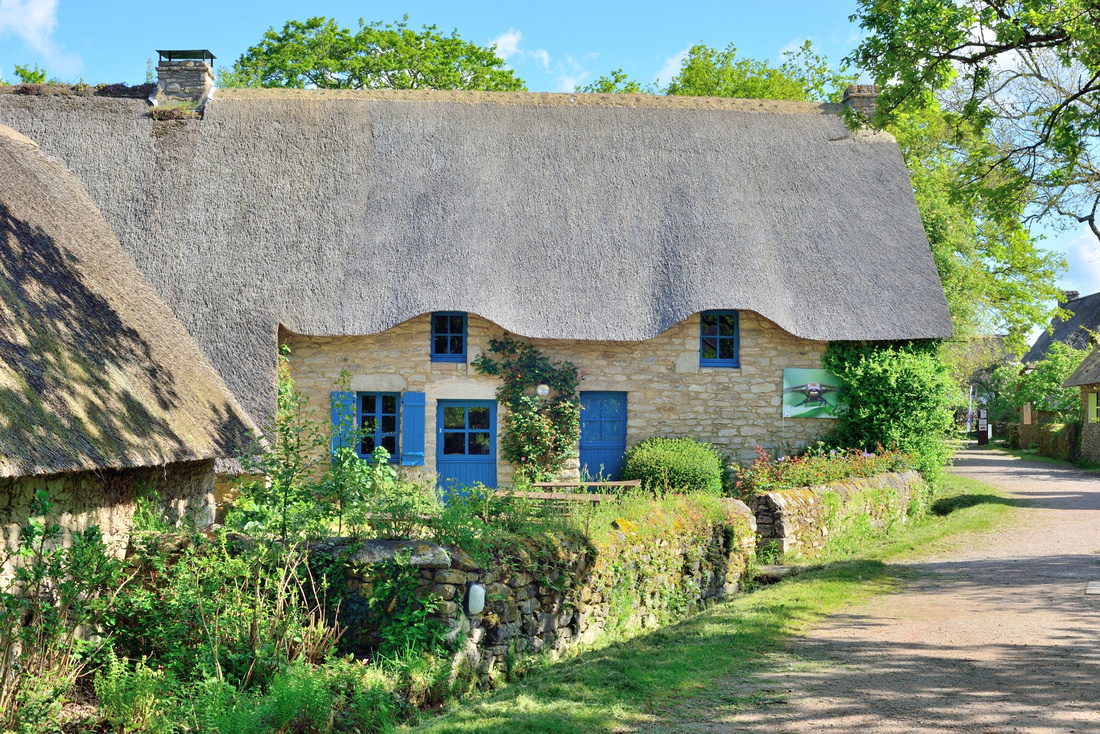 The following day the rain having cleared we set out in search of Camberwells, at the first location the track was flooded, this was a disappointment so we then moved to our second location, no Camberwell ,calling it a day we started back along the track, the first was spotted sunning itself sat in the middle of the track, no sooner than I was out of the van it was gone

Nevertheless encouraged  by our first sighting we returned the following morning,no Camberwells were to be seen,shopping it had to be, after lunch we returned and after a long wait, success, this time our newly found friend sat and posed patiently for its portrait,we made several more visits and found a second one,even though the mornings were sunny we only saw them mid afternoon ,slightly worn yes, but who cares when you see your first Camberwell Beauty (Nymphalis antiopa). 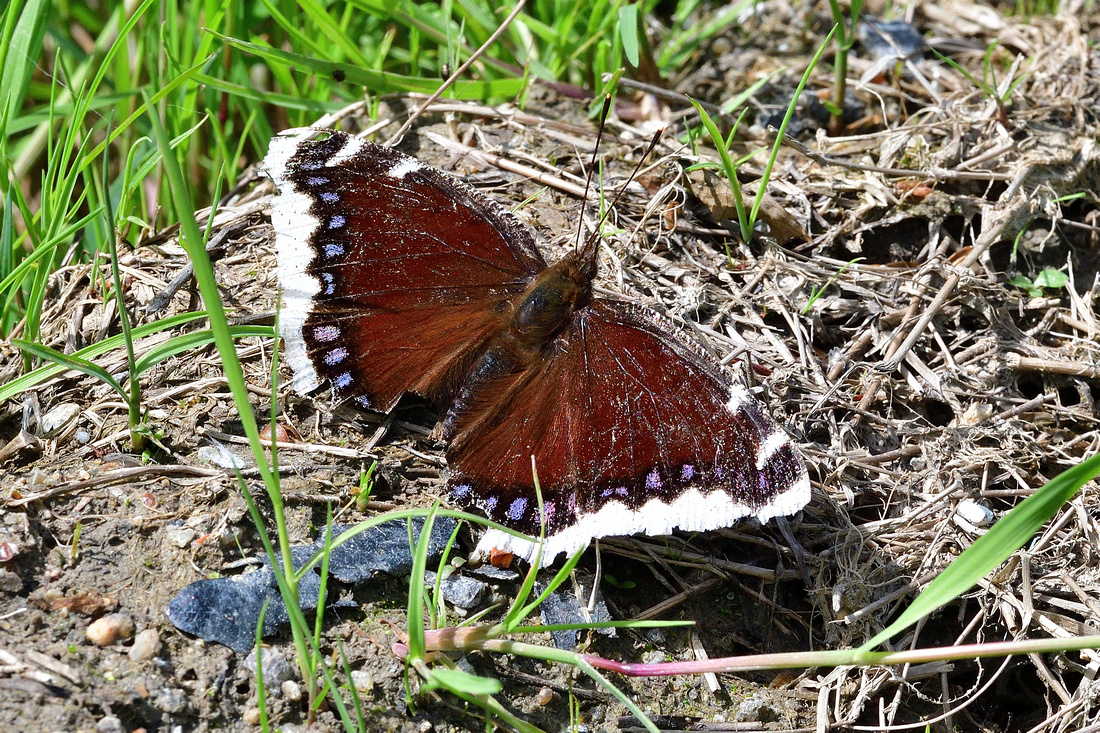 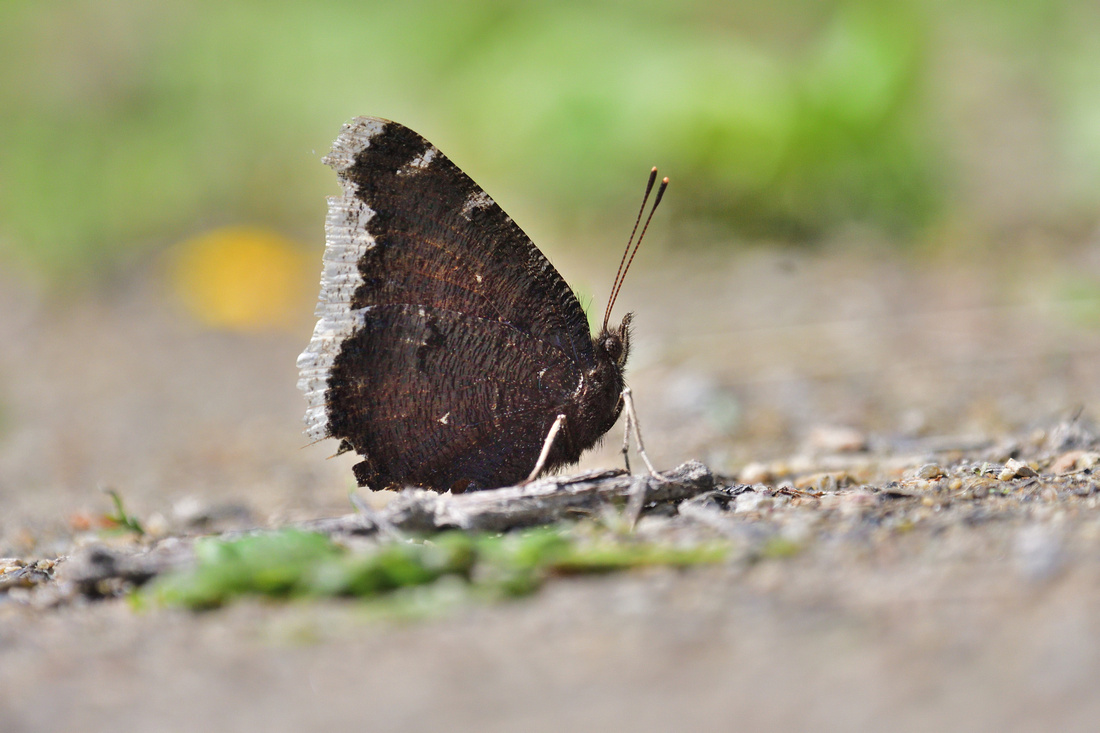